In 1994, LaRelle Catherman traveled to Vietnam to conduct research of  parents’ understanding of home treatment for diarrhea. In emerging countries worldwide, diarrhea is a major cause of death for children 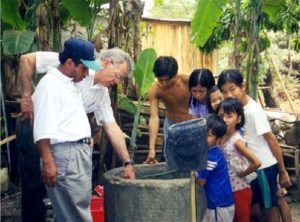 5 years old and younger. According to the World Health Organization and UNICEF, approximately 9,000 children worldwide die daily from diarrhea or diarrhea-related diseases, and 80% of these children live in Vietnam and Southeast Asia. During the research it quickly became evident that most children suffer from diarrhea due to lack of safe, non-contaminated water (learn more here). Robert Catherman, co-founder of MEDRIX and our Director of Safe Water Development, took on the challenge to find a method of providing drinkable water.  He, along with many volunteers, began collaborating with United States and Vietnamese provincial leaders to develop an affordable, maintainable, and sustainable water treatment system. This was only the beginning of many medical, education and water related projects.

In 2000, the MEDRIX Board of Directors and Advisory committee were officially formed and in November 2002, MEDRIX received official NGO (Non-Government Organization) licensure to operate 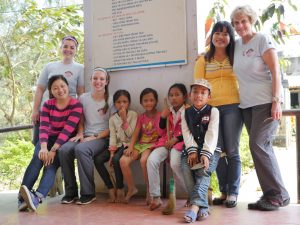 in Vietnam. In the USA, MEDRIX works primarily with Pacific Northwest health and education professionals in collaboration with professional partnerships in Vietnam. In Vietnam, MEDRIX works with Vietnamese colleagues primarily in health care with a focus assistance to marginalized communities including rural minority tribal populations where there is a lack of health resources. Presently, volunteer
nurses, health educators, water specialists, native English speakers, and others are joining MEDRIX to make a difference in Vietnam. 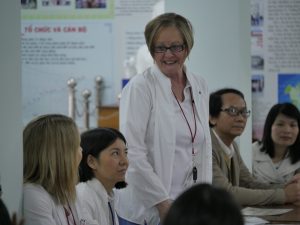 the Ministry of Health of Vietnam for “her supportive contributions to the development of Vietnam’s Health Branch.” Ms. Catherman has also received the distinction of Visiting Professor for Huế University and the Lydia Greene Professor Hall of Fame Award in 2005 from Seattle Pacific University. MEDRIX has been honored and recognized by the Vietnam Psychiatric Association for our outstanding autism education program contributions.