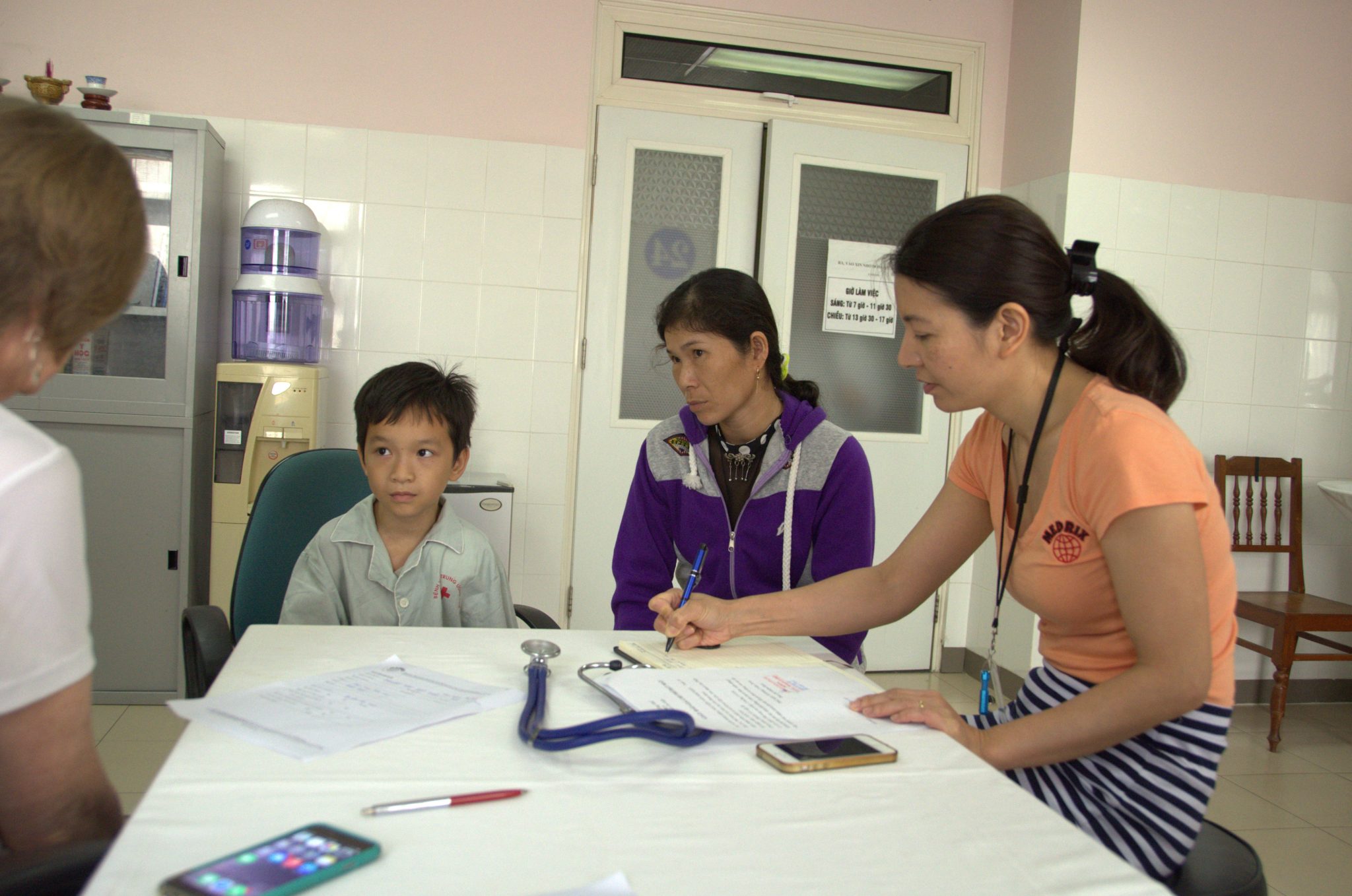 Hearts and Heroes: MEDRIX Going Beyond to Change Lives Forever

Here is a report “from the field” by our Safe Water Director Robert Catherman, who is currently in Vietnam with the MEDRIX team and participated first-hand in heart patient interviews. Please read his account below, and thank you to our supporters for changing lives in Vietnam in ways that MEDRIX never even imagined.

Today was “Heart Day” here in Hue, Vietnam – the day the MEDRIX team interviews families who are too poor to afford heart surgery for their children. MEDRIX donors have given money during the past year designated for heart surgeries and this is the time we meet the heart patients as well as pay the hospital for the surgeries.

I’ll tell you the story of our first heart patient – each of the 8 patients had a story but I only have time to tell one.

Our first interview was with a mother and her 6 year old son. You can see them in the attached photos 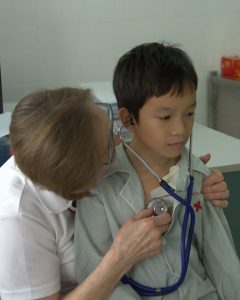 Mrs LaRelle reviewed the usual questions with the mom: 1) what do you know about your son’s diagnosis and proposed surgery?, 2) what is your occupation? (farmer), 3) how much can the family contribute toward the surgery? (have no money to offer), 4) will you promise that your son will stay in school after the surgery? (yes), etc, etc – the standard questions we ask all families before we say “Yes, MEDRIX will support the surgery.”

But this case had an unusual twist that we had been alerted to beforehand by the hospital staff. There was a big problem with the boy’s name. It seems that at the time of the boy’s birth there was a major conflict in the family and the family relationships had been badly damage and have not healed to this day. And at that time the father gave the boy a name reflecting this problem. Mrs LaRelle explored this topic with the mother to learn more. At this point the mother began to cry when she talked about the boy’s given name. Mrs Ha, who was translating for LaRelle, could not translate the Vietnamese name into English in a way that expressed the full meaning – she said the boy’s given name meant something like “conflict/war/hate”. And this was the name the boy was called at school and in his family. It was a embarrassment to the boy and a constant reminder of the broken relationships within the family. The mother was in tears the entire time that she talked about this sad, sad situation. 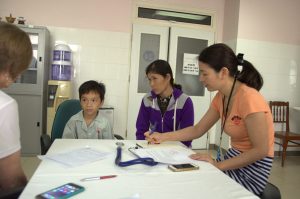 For those of you who know LaRelle, you know she would never let an issue like this just pass by – it was to be attacked head-on and this wrong must be made right.

A lot of chatter when on in English and Vietnamese while we were trying to think about what to do. Finally, the idea was proposed that MEDRIX give the boy a new name. Since MEDRIX is having a big influence on the boy’s future life by sponsoring his heart surgery, why not try to influence the family to change his name from “conflict/war/hate”. What to change his name to??? More chatter – until the answer became clear – from now on, he would be named “Hùng” in Vietnamese which means “Hero” in English.

Mom has now stopped crying and is smiling. LaRelle asks if it is possible to change his name and the mom says “Yes, they can”. And our interview was concluded. “Conflict/war/hate” came into the room for the interview and left the room as “Hùng the Hero”.

Surgery to fix a malformed heart is relatively easy – Hùng’s surgery is scheduled for later this week. Healing a broken heart is not so easy – but it must be attempted. We think we helped both situations today.